​ It all started at a dog park over a beer… Yes, in Austin, Texas we are lucky enough to have a dog park that serves beer.
​
We are Tanya and Kerry, best buds over the love of poodles. We are in Texas, 20 minutes north of Austin. 2 hours north of San Antonio, 2.5 hours south of Dallas, 3 hours west of Houston.

Tanya has owned many rescue dogs/cats and volunteered countless hours at animal shelters. The time had come for a new dog in her life. After Tanya married, her husband, Pete, who traveled many hours/days for work, insisted on a poodle. (Pete had fond memories of his mini-poodle, Raggs). A poodle really? Tanya, not liking the idea of a little dog, and a poodle at that, went on the search for the coolest poodle she could find. After over a year of research, she found Raffi, who changed her life. He is the most loving, relaxed, even-tempered, loyal dog she has ever known. He also turned out to be one of the largest, aka “King Kong,” of standard poodles. With this love, she wanted to validate what an amazing dog he was by taking him to dog shows, where he earned 8 titles in confirmation and sporting events, including the coveted “Total Dog”.
​
Kerry, too, has owned multiple rescue dogs. Her last rescue was a Standard Poodle, Mikey. Mikey’s owner was called up to active military duty and needed a loving home for him. Long story short, Kerry had Mikey for 8 glorious years, where she fell in love with the breed. Mikey traveled the world with Kerry and her active duty husband, Gene. Mikey even had his own European passport! Finally landing in Austin, Texas, after Gene’s retirement from the Army, unfortunately, Mikey fell ill. Devastated by his passing, Kerry became adamant about getting another Standard Poodle. Kerry found her “heart dog”, Cadence, from Anutta Standard Poodles. Kerry is a guardian home for owner/breeder, Becky Baxter. Cadence boasts 4 titles in her name also, including “Total Dog”.
​
Additionally, we have worked hard with Raffi and Cadence to become Therapy Dog Teams. They visit Hospitals (including ICU and ER), nursing homes, County Courtrooms, local schools and events. It is truly amazing how many times we are approached in public. We hear many comments about how beautiful and well behaved our dogs are. If only we could have a dollar for every time someone said… “Really, that’s a Poodle, wow?” or “I’ve never seen a Standard Poodle in real life; I didn’t know that got that big!”, or “I knew a Poodle once, they were spastic and mean, yours are so calm!”

​It was apparent to us that our dogs had beauty, brains, and most of all temperament, too wonderful to keep to ourselves, so we founded our breeding program! We believe in only breeding one litter at a time from health and genetic tested parents. All dogs/puppies live inside our home as beloved family members so they may be nurtured and grown to the best of their potential. 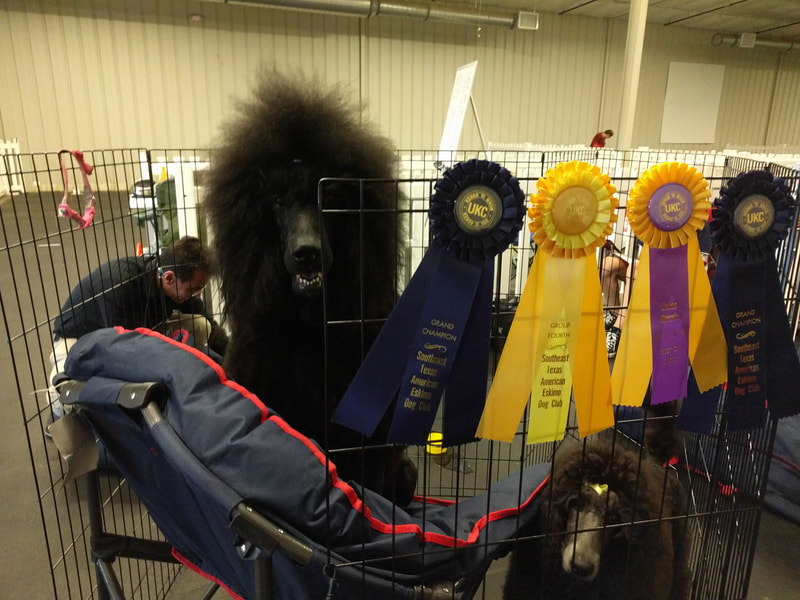 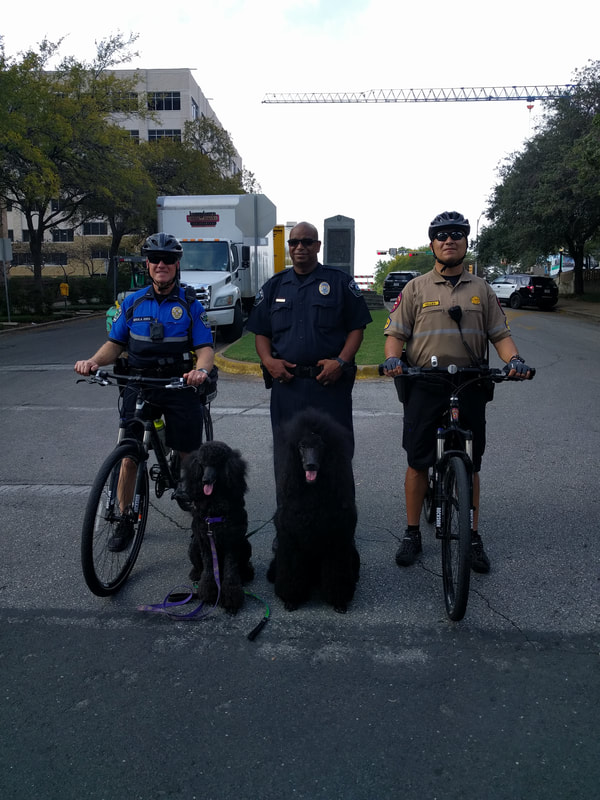 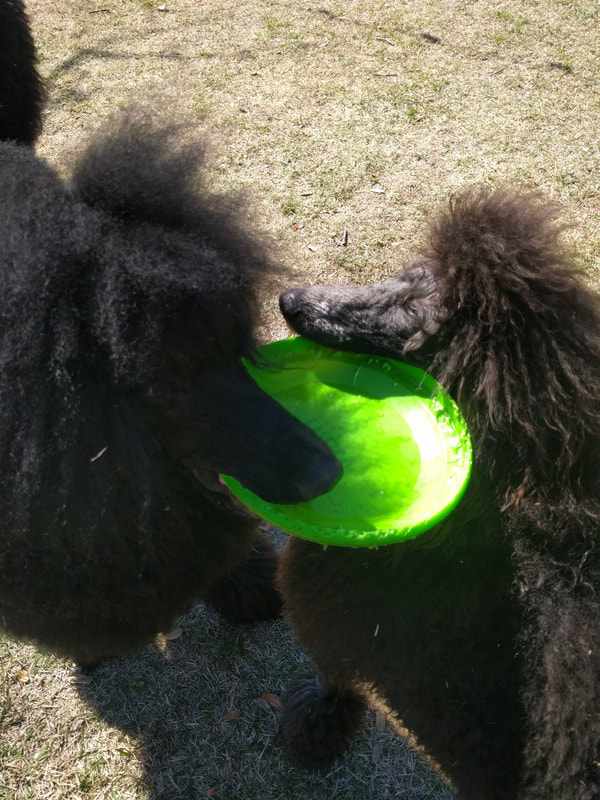 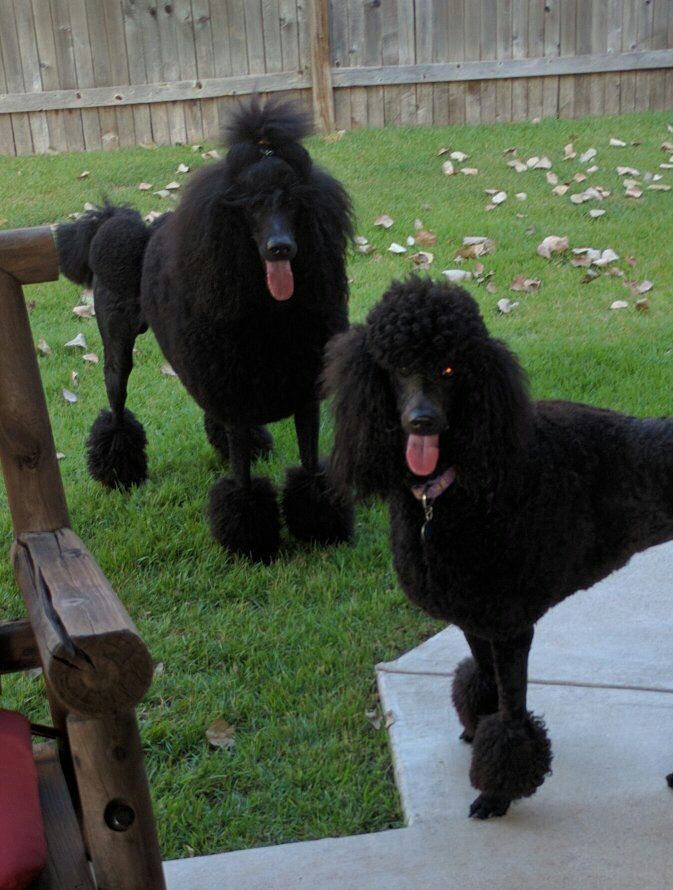 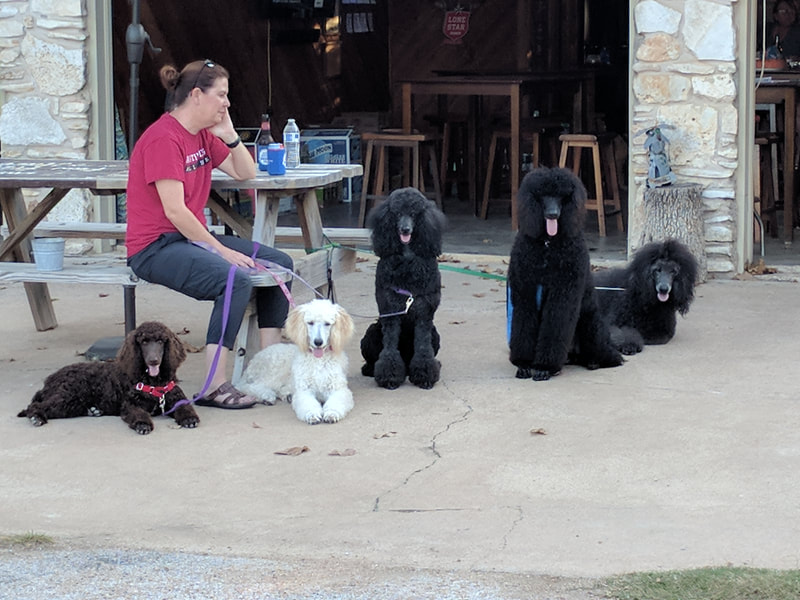 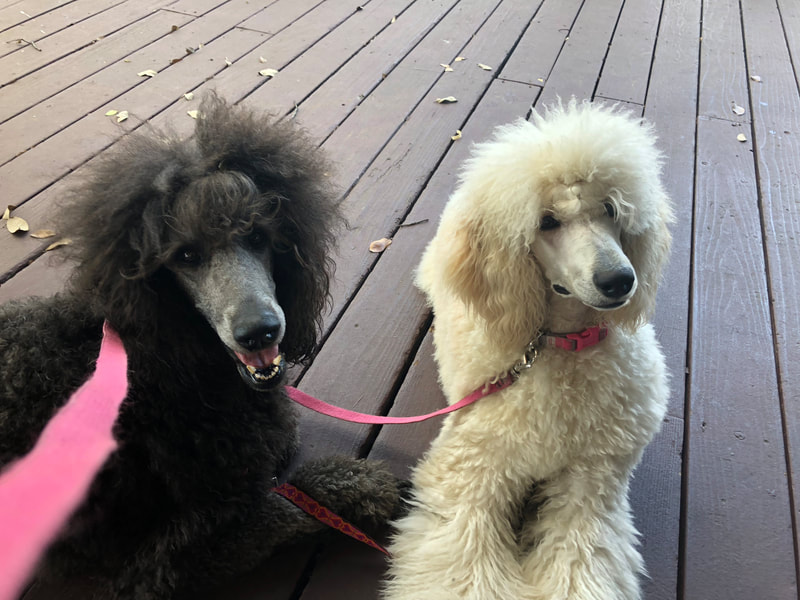 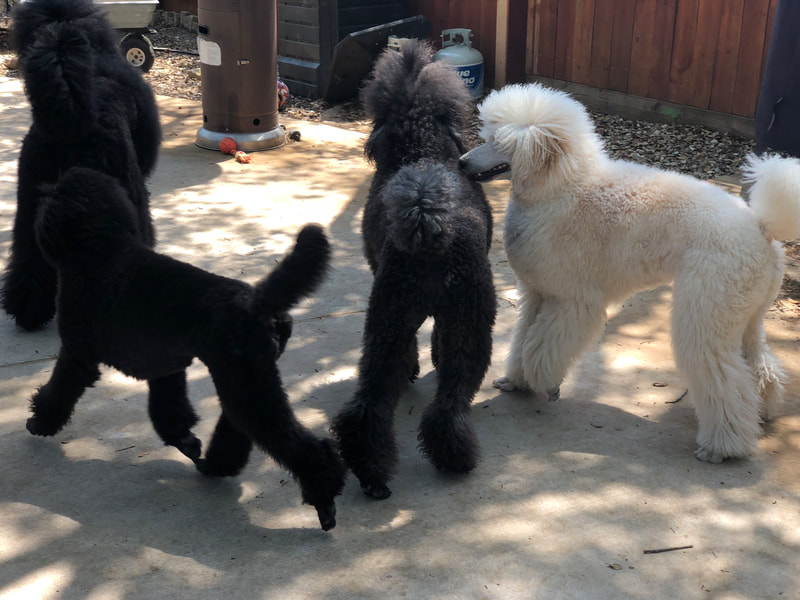 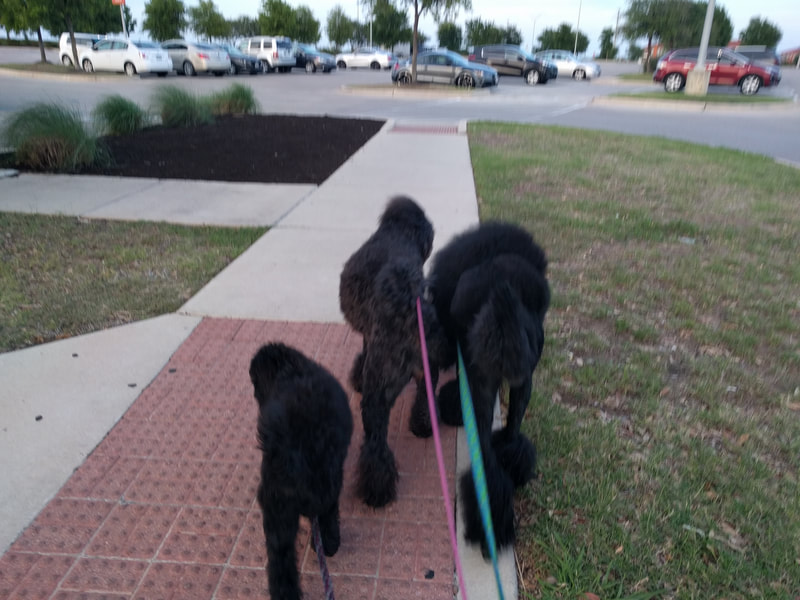